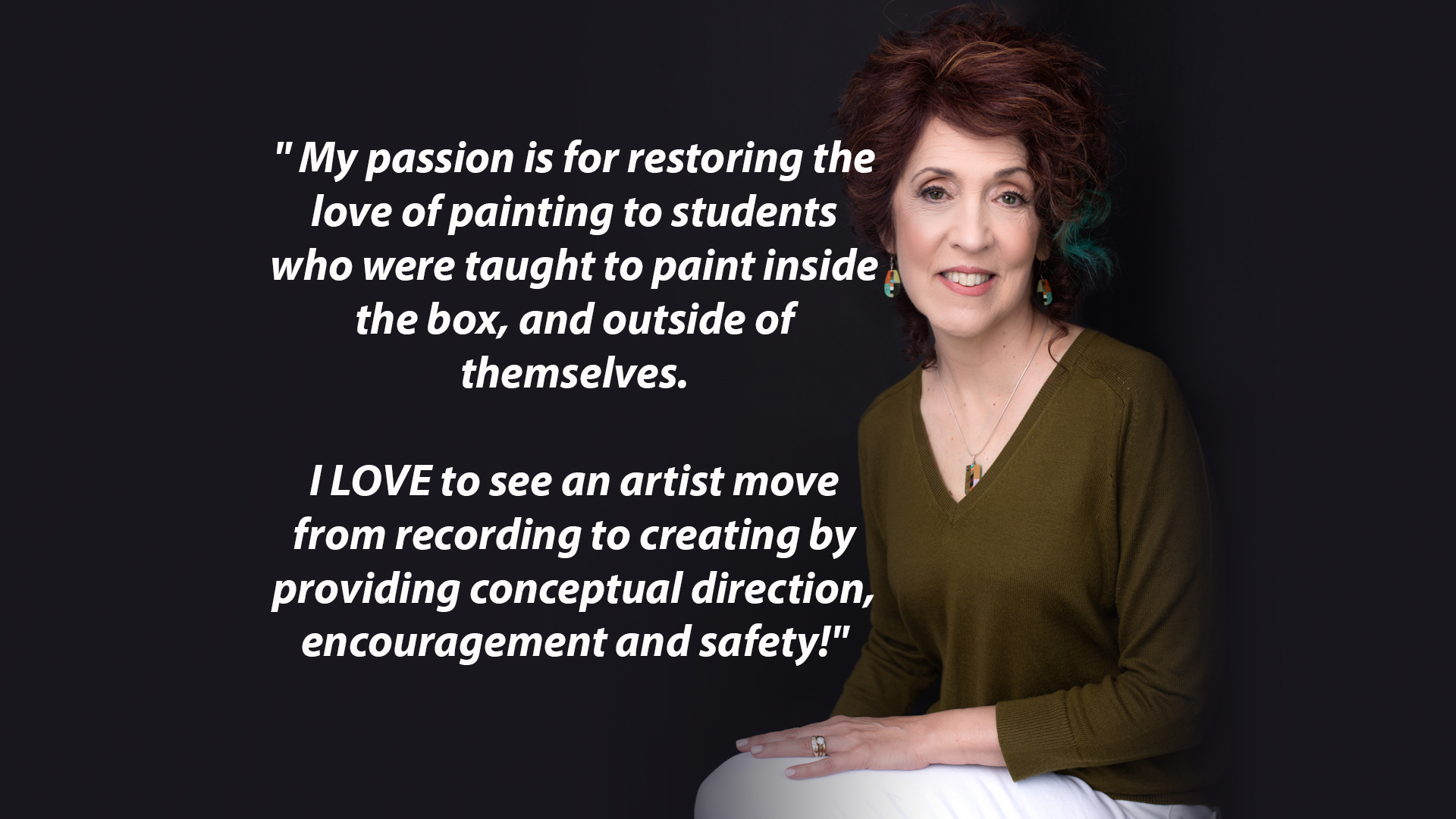 Pat Butynski graduated from Middlesex County College, in Edison, NJ with an Associates Degree in Marketing Art & Design in 1978.

She went on to study at the School of Visual Arts, by invitation, with Milton Glaser, and The Parsons School of Design, both in NYC. After 26 award winning years in Graphic Communications, 15 of which were in her own business, Pat packed up her Pat Garhart Design Works identity, and surrendered to full time homemaking and motherhood... or so she thought. A year later, in 2000, Pat found an old box of watercolor paints and brushes given to her by her mother, an oil painter, when Pat was 19 years old. The paint and everything in the box, was as good as new! The dabbling began. After a year of painting everything in sight, “including the kitchen sink,” Pat sought further instruction at the DuCret School of Art in Plainfield, NJ.

During her study, Pat was recommended to Gallery One Main in High Bridge, NJ. They took her work on. Gallery Petite, the adjoining artist co-op pursued her for membership, while her fellow students at DuCret began to pursue her as a teacher. Unexpectedly, Mrs. Butynski was back in business. With 15 shows in her first year of exhibiting, culminating in a One Woman show of her representational work called, “The Painted Year” at the Swain Gallery in Plainfield, NJ, her work entered the personal collections of many art patrons.

Eventually, Pat called a halt to the show machine, in order to paint for love, again and grow creatively. She has, selectively continued to show in venues such as “The Paper Mill Playhouse, in Millburn, NJ,  Swains’ Gallery, Plainfield, NJ, The Somerset Art Association, the Garden State Watercolor Society, The Dupre Gallery in Montclair, NJ, The New Jersey Center for Visual Arts, in Summit, NJ, The Fredericks Gallery in Allenhurst, as well as, The North East Watercolor Society in Kent Connecticut, the Morristown Community Theater Upstairs Gallery and The Butterfly Gallery in Red Bank, NJ.

We suggest moving this party over to a full size window.
You'll enjoy it way more.
Close
Go Fullscreen